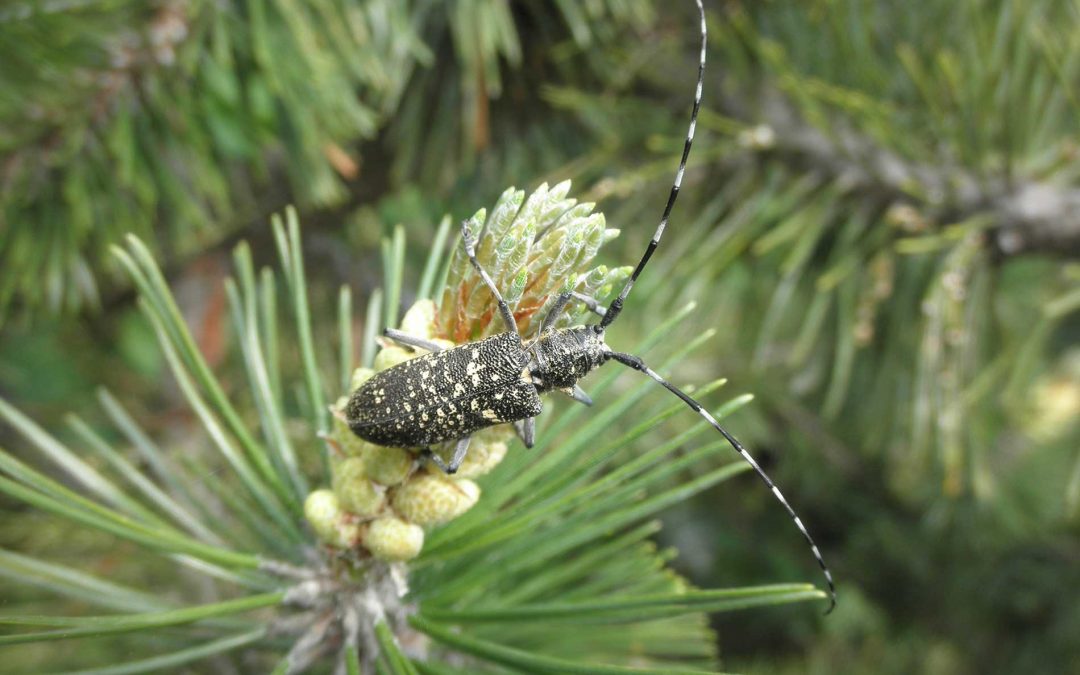 It’s important to assess and manage insect invasions before they kill the tree, adding fuel to wildfire conditions. Left unchecked, invasive pests spread to other trees, resulting in widespread damage to urban forests. Boring insects attack a wide range of species stressed by drought or abiotic factors such as broken branches caused by extreme weather. Healthy trees may also become infested, so it’s important to monitor the trees on your property for signs of damage. Tree boring insects can seriously damage trees by tunneling under the bark to feed. Two invasive beetles have found their way into BC’s urban forests, the Asian and Citrus Long-horned Beetle. They are similar in appearance, having white banded antennae and black bodies with white spots. Native species causing problems include the Banded Alder, Mountain Pine, and White Spotted Sawyer Beetle. Their larvae feed on the inner bark and adults feed on leaves, bark and new, tender shoots. Look for holes in the bark of the tree, sawdust or sap and branch dieback. Eventually, these insects can kill a tree and spread to neighbouring healthy trees.

One way to fight invasive insects, is to invite birds into your urban landscape. Some birds, chickadees for example, feed on mature insects and hunt for grubs hiding under the bark. Woodpeckers and sapsuckers are forest friendly birds that keep insect invasions in check. Woodpeckers hunt for insects and grubs burrowing under the bark and sapsuckers, a smaller species of woodpecker, drill small holes in horizontal lines through the bark to the cambium layer to feed on sap and phloem tissues. 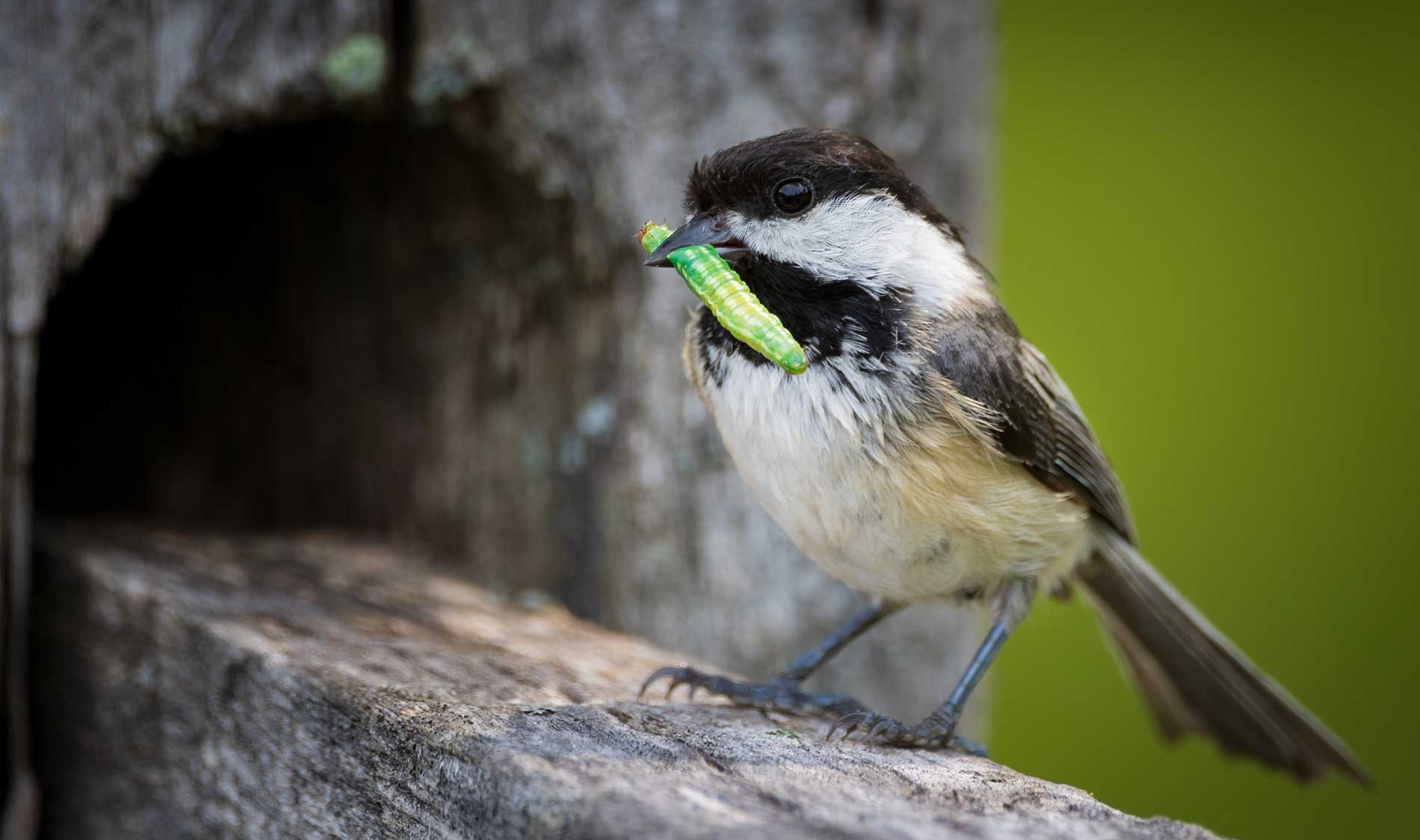 If your trees are being damaged by invasive insects, call us for pest identification, and solutions for professional tree care. Pathogens commonly follow the destructive path of bark beetles, and weevils, and our arborists can identify and solve the problems before they spread to healthy neighboring trees. Most insects are non-invasive and complete symbiotic cycles common to forest life, but if you are experiencing damage caused by invasive pests, call us for solutions. Mature trees need to be inspected in entirety, and while upper canopies are out of reach for property owners, our crane services allow us to inspect and treat the canopy of mature trees.