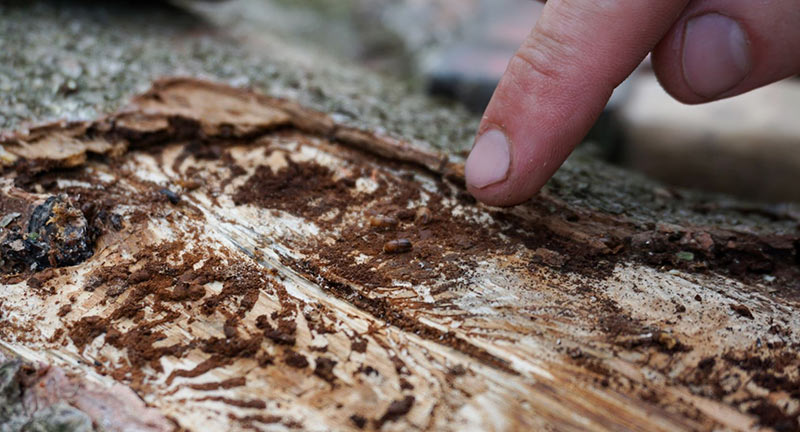 We have four major bark beetle species in BC that are causing forest management concerns. They are small and bore through the bark of trees to feed on the layer between the bark and wood called the phloem.

Douglas-fir beetles actively attack mature Douglas-fir trees from April to June. They are easy to identify, although tiny in size – about .5 cm – with reddish wing covers. They infest mainly damaged or drought stressed trees, but can move to healthy trees in wild and urban forests. Fine sawdust on tree trunks is an indication of this and any boring beetle. Dying tree foliage is noticeable in the spring of the year following the attack.

Spruce beetles are about .5 cm as adults, dark brown to black with reddish wing covers and live one to two years. The larvae destroy mature spruce trees by eating the phloem layer under the bark where they overwinter then emerge as adults after the snow melts to fly into new zones. Given favorable weather, beetle flight numbers can double. 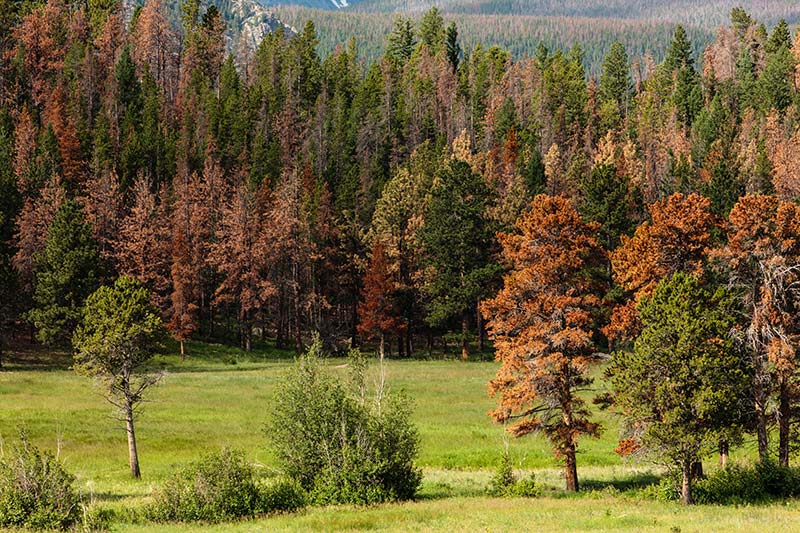 Mountain pine beetles are killed by cold weather snaps in late spring, but warming weather patterns have caused an imbalance in this naturally occurring tree beetle. BC has lost several millions of hectares of pine forest because of the mountain pine beetle, and as the provincial government takes the lead in managing these outbreaks, we can do our part to keep forests healthy by assessing urban areas by actively assessing and treating, if necessary, the trees on private property.

Managing bark beetles depends on proper detection and site-specific factors. Trees in your back yard infested with any of the previously listed species can cause fall hazards and may need to be removed. However – we have many bark beetles in the province that do not pose any significant concerns. Not all insects are harmful to trees, as discussed in a previous article: Bees and Trees – The Crucial Link